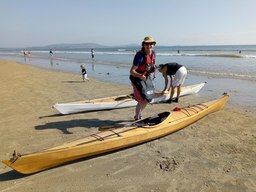 ​
Roy (me). Having completed a 180 mile charity paddle to Land's End in 2013 and then following it up with a          360 mile challenge over 3 weeks from London to Seaton in 2016, Roy is never one to sit still and is always            coming up with ideas for new challenges. This latest fund raising challenge is definitely personal however.

Sat in his new wooden kayak 'Just Add Water', Roy will be paddling alongside Fay, making sure that she eats        properly and stays on course. 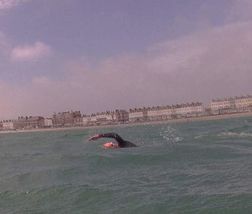 Fay. Has only been sea swimming since 2015 so this will be a big challenge for her.

​Fay will be swimming the coast for this fund raiser. Immersed in water for up to ten hours a day, she'll have to keep as warm as possible throughout especially as, at the time of writing this, she hasn't done more than 10km (2.5 hours) in one go.

Once we had decided that we'd be fund raising for Jack and for Duchenne UK, we threw a few ideas around for how we would do it and where it would be. It was Fay that came up with this idea. 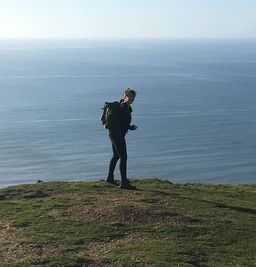 Beth. Beth will be walking the the South West Coast Path for this 50 mile challenge.

The path is actually slightly further than the 50 mile swim route as it meanders inland every so often and Beth       may be carrying a rather heavy backpack! 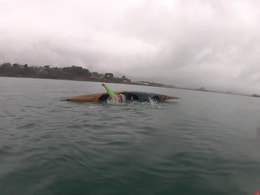 Paul. Usually found lying on his side in his handmade wooden kayak Tulagaq, Paul will be on hand                      throughout the challenge helping Roy to feed Fay at regular intervals and to help keep her safe.
​
He is also the builder of Roys fine new wooden kayak 'Just Add Water'. 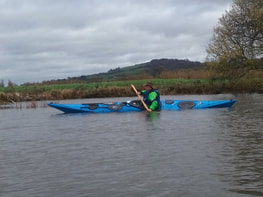 ​   Graham. Grahams work commitments prevented him from paddling as many miles as he'd hoped on the last       challenge, but he aims to rectify that on this next one.
He can often be found paddling with me on weekends as we explore the coast and practice all sorts of rescue     techniques. He's the sensible one but doesn't have a wooden kayak. 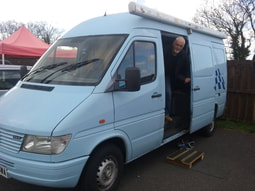 Roy. Not me, but another Roy.

Roy took three weeks out of life to follow us around the coast with his van during 2016. Providing much needed support with food and facilities, he was also the main moral support when the going got tough. A top bloke with the kindest heart. Roy has kindly offered to do the same with this challenge. 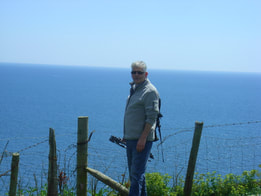 Andy. Our PR and Media guy.

​  He is also our official photographer and, as he did with the previous challenges, will be on hand with                photographic evidence!